Melinda worked on Hotel Henry from early demolition through coordination completion. Hotel Henry was built in 1870 and posed a lot of renovation challenges. She began by scanning the entirety of buildings 44 and 10 as well as the basement of the main building 45 totalling 114,000 sqft of scanned existing spaces. This scan was then used to build an interior model to coordinate from. Once the modeling was complete it was shared with the subcontractors to begin the coordination process. The biggest hurdle to overcome was how to get the kitchen designed into the basement of the existing structure where they had 4’ foundation walls supporting the towers above. There were 4’ high ductworks coming in and out to coordinate with as well as preserving the arch features throughout the basement. Working with the structural engineer and architect we were able to come up with a solution that worked for everyone. (LPCiminelli)

The new 32 story hotel was already under construction when Rexis was brought on board to do coordination. Rexis, initially hired to do shop drawings for plumbing and fire protection, began modeling the HVAC as well to work through coordination issues with the owner and the design team. The hotel posed a challenge because of some interim floors which were not designed or even considered that needed to be sprinklered and also coordinated without drawings because of code issues. The cellar of the hotel was also a challenge as there was little head room to run all of the duct and the plumbing. Routes were changed to the interstitial space of the first floor to allow height in the corridors in the cellar for code. 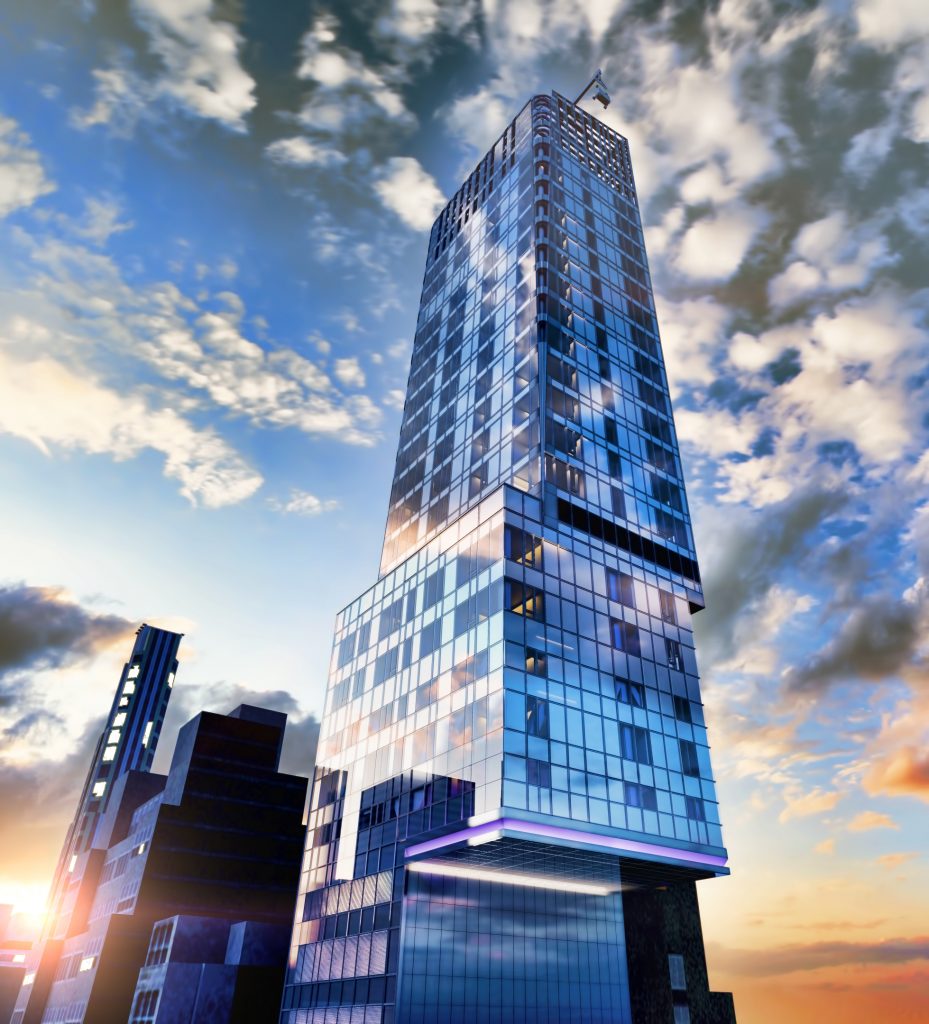